At the age of 9, I discovered shortwave in AM, then SSB, DX and listening to DX TV. 1st Sporadic E with sights from all over Europe received in JN26OP. Member of the Lons-le-Saunier radio club (F6KQW in 1982), I became F0CXO in 1999, then after learning the CW: F4CXO in 2015. From 1985 to 1997 I devoted myself to the 88/108 FM area, antenna and transmitter of an associative radio. Passionate about SSB tropo, ES, FAI and CW traffic in EME on 144 Mhz, I have established many DXs. Today my traffic is very strong on the high bands from 24 Mhz to 50 Mhz. I contribute to the 50MHz section of the French review Radio-REF. I particularly like the weak signals in CW and the diffusion of my listening on the clusters and the propagation of the waves. 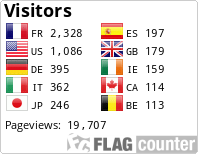